For the 2nd Tangible Interaction Workshop assignment, we were asked to make a MIDI controller. I made a controller for sustaining chords on a synth pad. I wanted to try to make a controller that would play notes in a consistent key signature and that would make it easy to build chords out of individual notes. 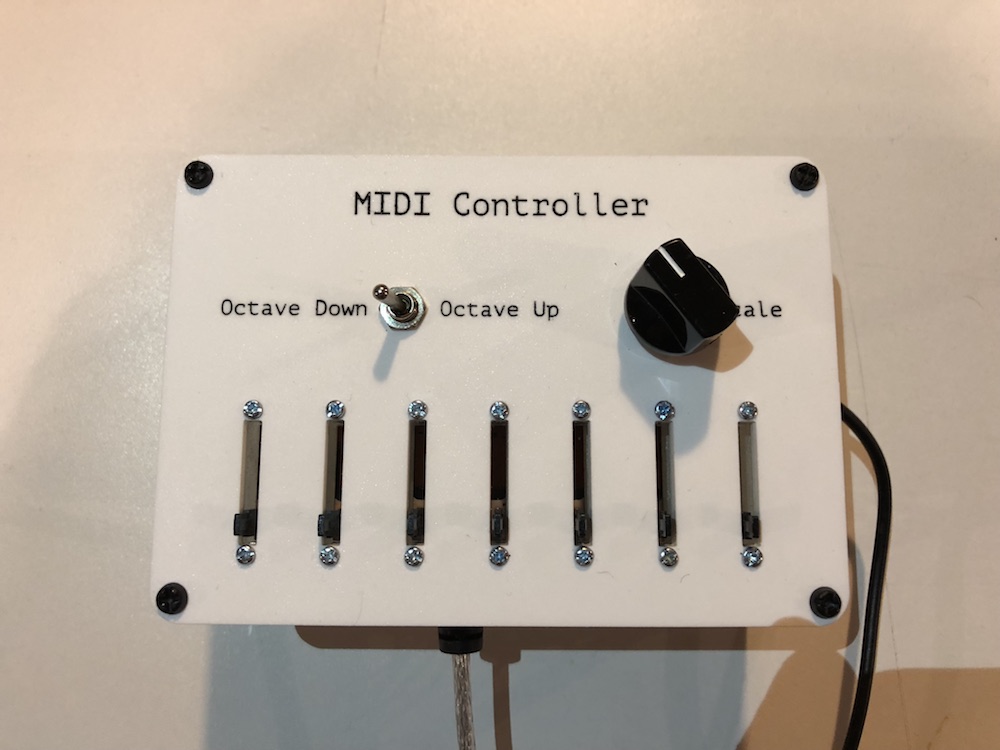 I used the same materials and techniques (laser cut matte white acrylic with black painted text, black nylon hex standoffs) for this week’s enclosure that I did for the Lunar Lander controller. This was partly out of convenience and partly because I like the idea of making a matching series of controllers for my assignments for this class. 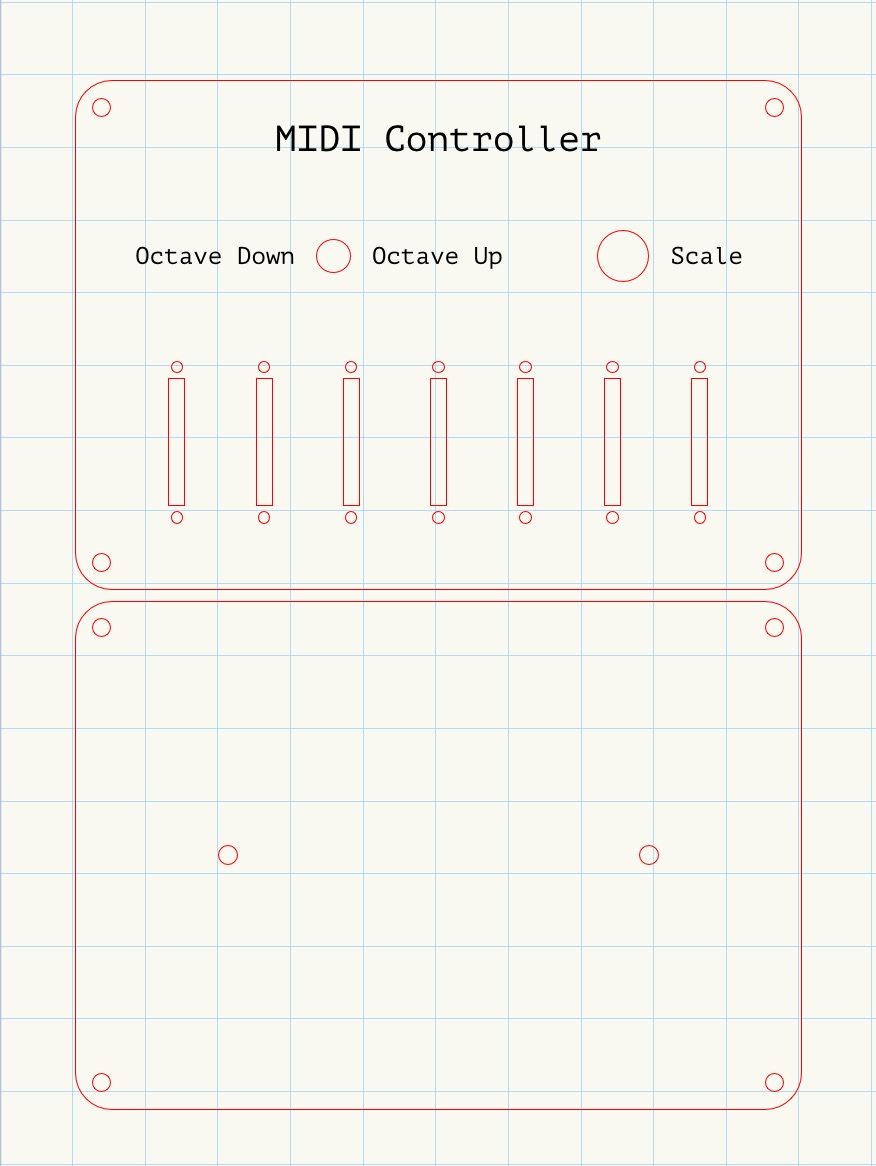 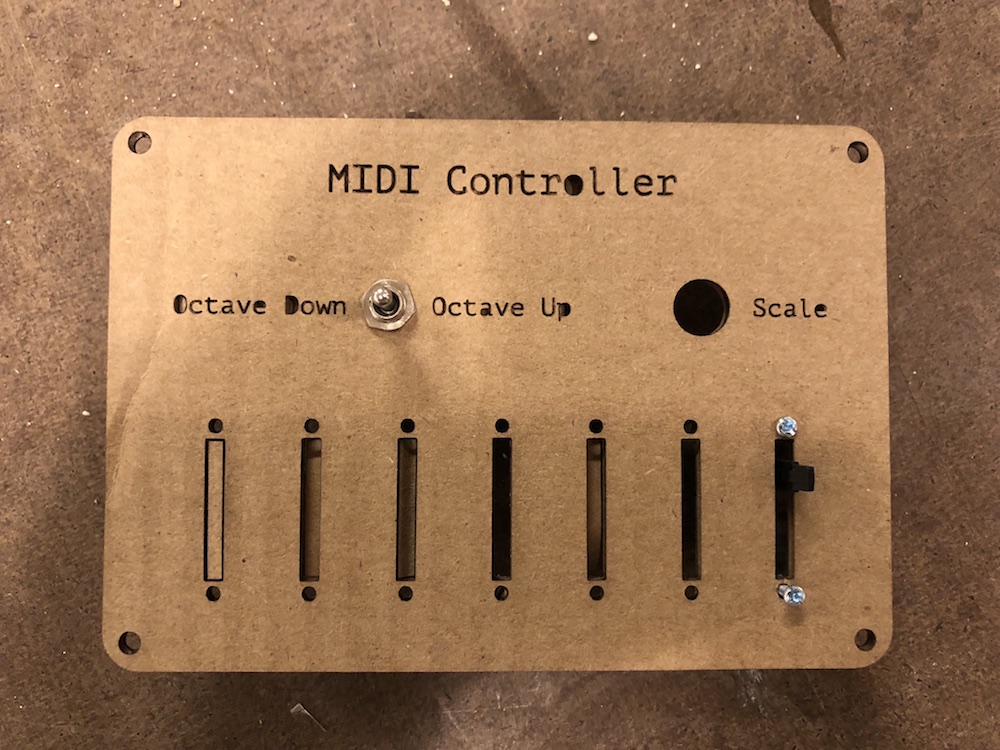 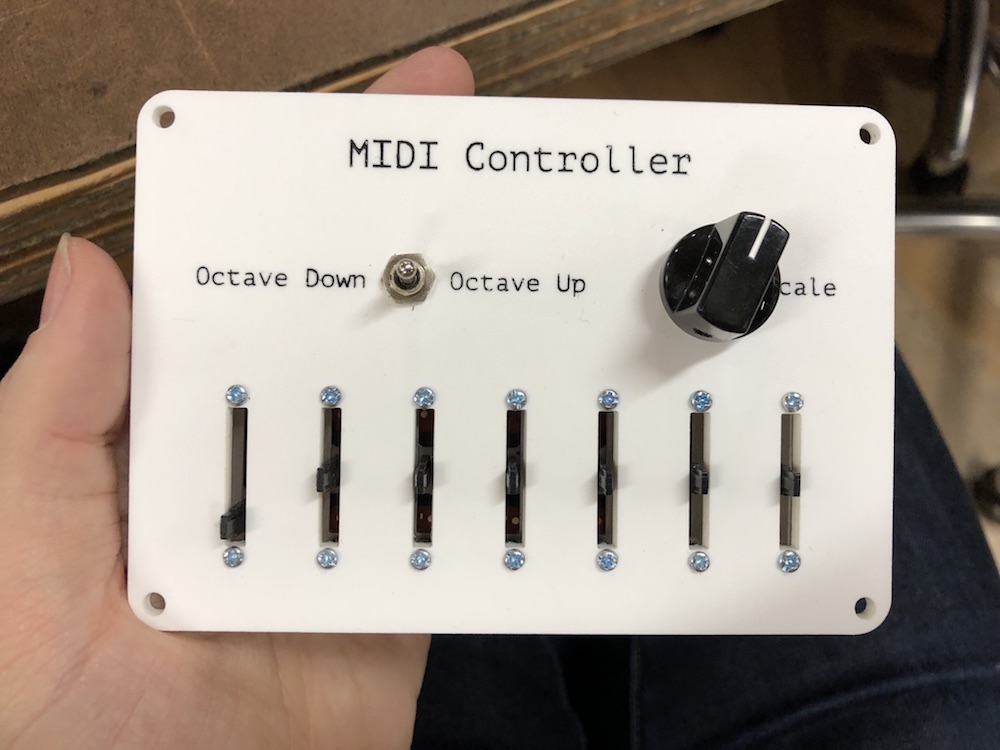 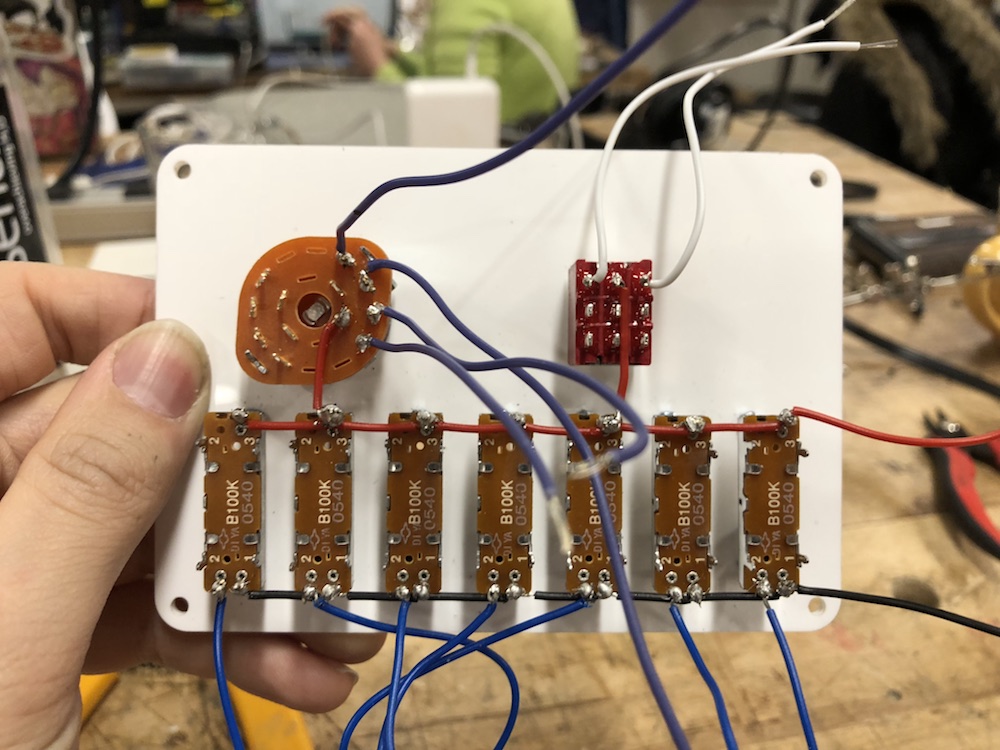 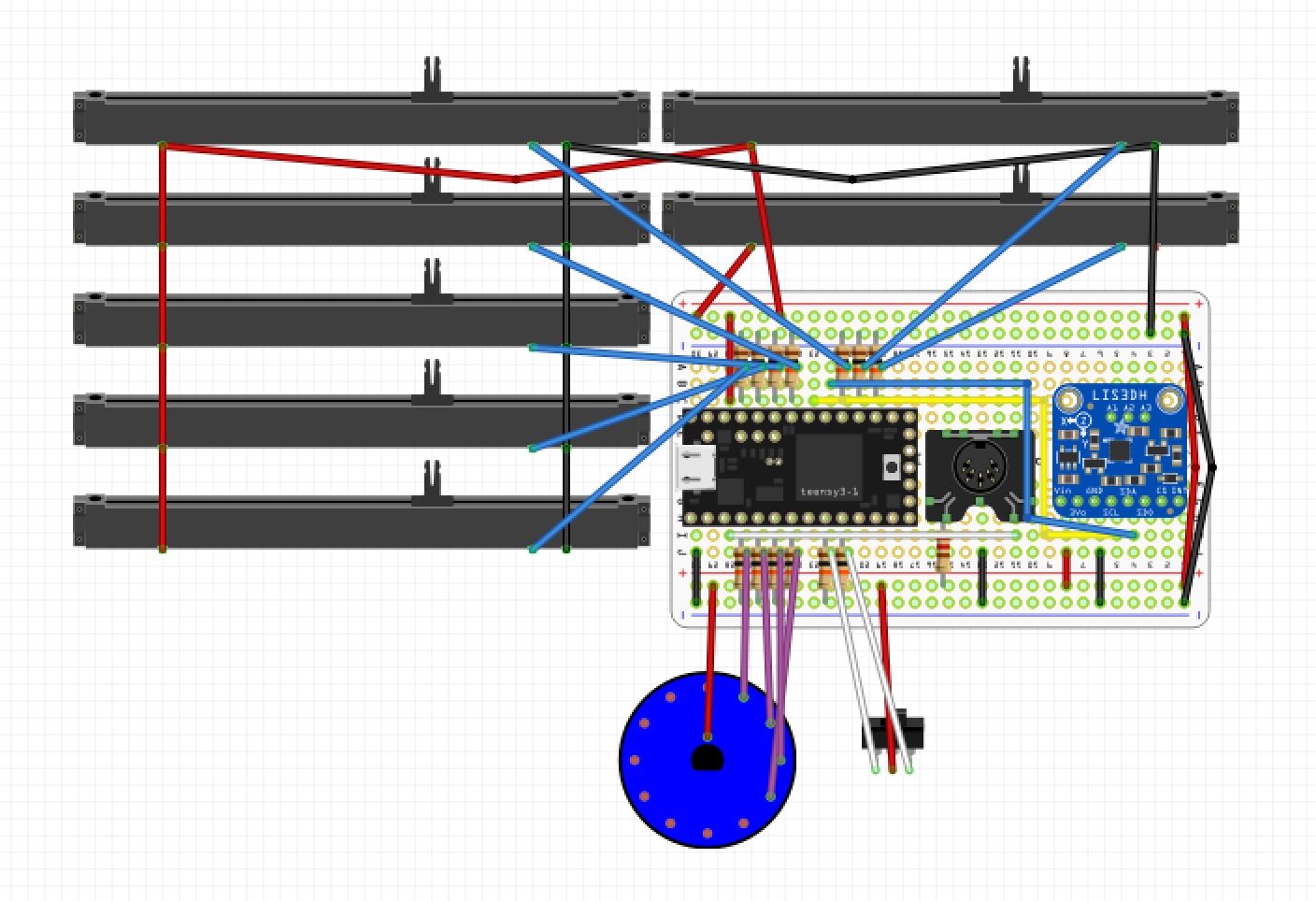